UO is what you make of it

From reading the Rel Por Discord chat, and to a lesser extent the Rel Por forums, you'd think that the shard was struggling - all you see is complaints. In reality, it's the same old story with UO. The silent majority enjoys the game and plays, the vocal minority poisons the narrative and puts off prospective players. Unfortunately the majority of these tend to come from the community I've usually been a part of - PvPers.

Just a bit of advice for you from someone that is enjoying Rel Por immensely; Having fun is down to you. I was a PvPer almost exclusively from roughly a year after I started playing (1998) until I quit OSI for the last time in 2007. Any time I've started up on a free shard, I've done it with the intention of getting into PvP - IPY, IPY2, UOSA. Learning from my mistakes on those shards where I burned out very quickly, my friends and I have decided on a different approach this time.

We're enjoying UO as a whole. For years, we PvP'd exclusively. PvE bored me to tears. I'd always rather be PvPing. I'd never had a crafter, only dabbled in things like treasure maps. We remember how much we loved UO, and a lot of the magic of the game came well before we were PvPers.

We've decided that here we're going to recapture that magic, and we want to be a part of helping the shard succeed and encouraging other players to engage fully again as well. I'm having the most fun I've had in UO since 1999, doing things I used to have contempt for. I'm looking forward to doing treasure maps, and placing our guild tower. Even GM'ing Magery.

For those of you complaining about a lack of PvP opponents - the developers can't fix it for you on their own. Whilst constructive feedback is obviously a good thing, constantly whining for changes fixes nothing, and drives people away - achieving the opposite of what you want.

We can all play a role in making Rel Por a success. Don't expect it to be done for you. Remember the developers are the ones paying for this, not you. Don't like the above options? Go do something else.
Posted by Clx- at 4:36 AM 2 comments:

Why you should play Rel Por

I've been playing Rel Por since a few days after it launched. I'm hooked on UO like I haven't been since early Siege Perilous (1999!). It's clearly the most polished, innovative and worthy UO 'free-shard' that has ever existed. They've somehow found a perfect blend of the feel of old UO, pre-Trammel UO, whilst introducing enough additional features to make it feel fresh and new. This server is special. It has recaptured all of the old magic for me. All this shard is missing is you. Here's why you should play.

1. Beautiful new world map to explore. The level of detail you see when running around in the world is absolutely stunning, a real work of art. I think it's better than on the original UO map.

The world map. You can run from Pedran in the north to Calor in the south in a few minutes on horseback


2. The travel system. The real key here is the size of the map. It's probably less than a fifth of the size of the old map of Sosaria, and only has one facet. This has the effect of concentrating the player base nicely. You can't go more than a few screens without running into other players. More than anything, this is what makes it feel like 1999 era UO. Horses can only be ridden on road tiles. Suddenly you are presented with a choice; Travel off road on foot to avoid PKs or risk using your horse to travel the main route to get there quickly. You have two blessed runes. That's it. Beyond that, you must travel around on foot or on horseback on roads. For more information, read here. 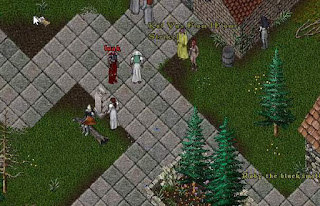 3. Dungeon rotation system. At any one time, three dungeons (out of a total of fourteen) are open to players. These dungeons stay open until such a time as a guild or group clears the dungeon, summoning a special 'Champion' (not to be confused with Champion Spawns) that must be dispatched. On the death of this champion, the victorious group can choose to close the dungeon, and open another of their choice. 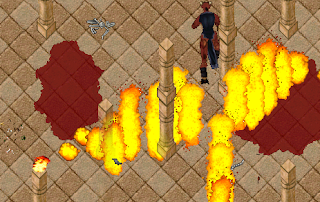 4. Township system. Players and groups may choose to become citizens of five of Atria's towns. These towns have a minister, elected by the players (in a similar manner as faction elections on OSI). This minister has control over a number of things, foremost of which are bonuses available to certain players, or characters types. The 'Adventurer' bonus, for example, grants all citizens of the town a gold bonus when out hunting monsters. More info here. 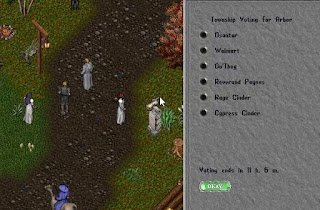 5. Militia system. Citizens of townships can also choose to join the militia of their town. This gives them 'war' status with members of the nilitia of the other four towns. This is a far superior system to OSI Factions. A really clever element is that normal citizens (non militia) members of a township can choose to engage in a defense of their town's heroes (more info here) without becoming permanently engaged in the militia system. 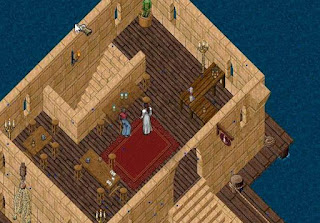 The city of Calor

6. Murderer atonement system. UO's eternal problem. How do you create the magic of old UO, the feeling of danger, the battle between good and evil - without allowing player killing? But then when you allow player killing, all the people that don't want to be killed leave because they get killed over and over. Rel Por has had a good stab at a working system here. Whilst it is still early day, I think it has been successful so far - the PvPers of the shard are almost all involved in the militia system rather than PKing. All I've done since I started playing is PvM in the dungeons, and I've been PK'd once in that entire time. 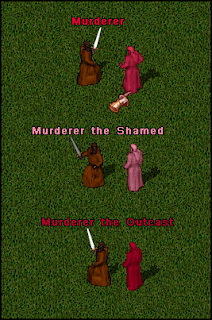 The three types of murderer on Rel Por

7. New housing styles. When AoS released on OSI, one of the few positives most players found was the ability to build custom houses. Whilst in theory this was a fantastic feature, and some beautiful houses were created, in general what we ended up with was servers full of featureless boxes. On Rel Por they've struck something of a middle ground. You can't customise your own house, but you can build one of many pre-made, Rel Por specific custom houses, as well as the classic houses from OSI. Check them out here. 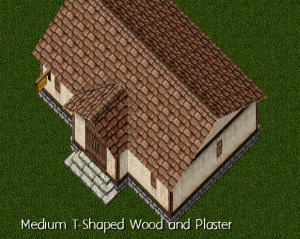 8. Character and account limit. Players are limited to two accounts per IP, and two characters per account. Remember back before UOR released when the game had a community? When not everyone had one of every type of every character. This is what that seeks to recreate. 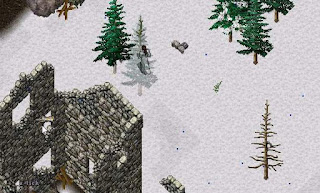 9. Crafting improvements. This is a big one. If you want a Vanquishing weapon on Rel Por, you can't just go out and hunt monsters to get one. Instead of the magical weapons themselves dropping on the corpses of slain mobs, an 'artifact' will drop. This can then be taken to a friendly crafter to be made into the magical weapon that you desire. Crafters are suddenly a lot more important. More details here. 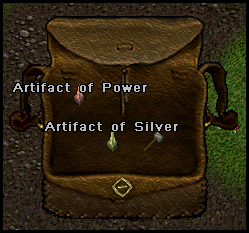 Artifacts ready to be made into magic weapons

10. PvP mechanics. Rel Por is primarily based on the PvP mechanics of the T2A era, considered by many to be the pinnacle of UO PvP. One complaint people do have with this era is the lack of viable templates for PvP - tank mages dominate. Here however, some UOR templates, such as poison, parry and scribe mages have been tweaked to make them competitive, eliminating the main complaint with the era. Skills such as Spirit Speak and Taste ID have been linked into Inscription and Poisoning respectively to make them useful. This is what OSI should have been doing with the game, rather than adding endless landmass after landmass.


11. Mob's live coding! This is fantastic to watch. One of the developers regularly live streams himself coding the shard. Watch here. 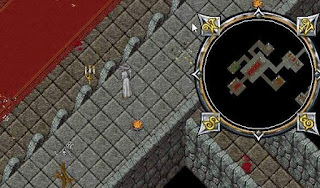 12. The community. Rel Por is only two weeks old, but has a fantastic community already. One of the cornerstones of this is two groups of roleplaying Orcs. Both Shadowclan (Catskills and Siege Perilous) and Bloodclan (Great Lakes?) play here. There is also an active Discord channel for the server, accessible here. 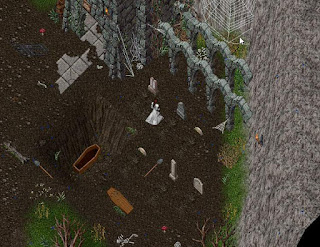 I can't recommend strongly enough that you play here. The developers seem to have a real vision for the server, both in terms of where they want to see it go, and in future content and systems that they are readying for release. The community is growing as well. I'm excited about a game in a way that I haven't been for more than ten years. Don't be put off by the fact that UO is old, that you moved on years ago, or whatever. Fun is fun, and Rel Por is very definitely fun.